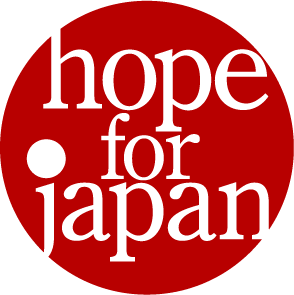 mudef has been carrying out ‘HOPE FOR JAPAN’ to support the emergency relief and recovery activities for the damages caused by the Great East Japan Earthquake.

mudef has made the second donation from the fund it has raised through ‘HOPE FOR JAPAN’ to the 6 partners on April 13, 2011. This donation is the second one following the first one which took place on March17, 2011.

Summary of the donation is as stated below.

【Amount of donation】 12,422,358 yen in total
The donated fund will be spent for supporting the victims and recovery activities for the disaster-stricken areas.

In order to donate, please select from among donation through bank transfer, postal transfer, and credit card transaction. In addition to the 3 methods, we accept donation through the donation boxes set up at the venues of ‘THE TOUR OF MISIA JAPAN SOUL QUEST’.

On March 25, 2011, we have decided to add Ashinaga Ikuei Kai, who provides financial aids and mental care to orphans, capitalizing on its experience from the Great Hanshin-Awaji Earthquake, as HOPE FOR JAPAN’s partner. HOPE FOR JAPAN has donated 6 million yen to the organization from the fund raised on March 28, 2011.

Ashinaga Ikueikai will pay a lump sum to orphans from disasters ranging from 0-year-olds to graduate students and provide mental care through building ‘rainbow houses’.

*For more information on ‘the emergency fund for orphans from Great Tohoku earthquake and Tsunami’, please see here.

HOPE FOR JAPAN has selected its partners from among organizations with track records in the areas of emergency relief and medical care, who are providing support to the victims of the catastrophe while working in close liaison with local governments.

Ashinaga Ikuei Kai, conducting aid activities for orphans from traffic accidents, will offer ‘special lump sum’ (no need to pay back) to the orphans who have lost their parent(s) from the Great East Japan Earthquake and Tsunami, ranging from 0-year-olds to graduate students. It is also implementing special measures for the scholarship programs of high schools, universities, vocational schools, various other schools and graduate schools.

It will also be planning to provide mental care to orphans by capitalizing on its experience of ‘Kobe Rainbow House’ in the areas hit by the Great Hanshin-Awaji Earthquake.
*For more information on Ashinaga Ikuei Kai’s activities, please see http://d.hatena.ne.jp/ashinagaikueikai/20110322/1300868171.

AMDA is the first certified Japanese non-profit organization to obtain the 'general consultative status' from the United Nations Economic and Social Council (UNECOSOC). It provides emergency humanitarian relief mostly in the medical and healthcare fields in case of natural disasters and disputes. It has entered the disaster-stricken areas on the next day of the Great East Japan Earthquake, and has been conducting clinical examinations in Otsuchi-Cho, Iwate Prefecture, Minami Sanriku-Cho, Miyagi Prefecture and other areas with 84 staff including 33 doctors.

Médecins Sans Frontières (MSF) is an international medical humanitarian aid organization. A team of doctors, nurses and staff in charge of logistics has been providing medical care through mobile clinic in areas around Minami Sanriku-Cho, Miyagi Prefecture, and Taro-Cho, Miyako City, Iwate Prefecture. It has been providing treatment for patients with chronic diseases such as chronic kidney disease, hypertension and diabetes. It also distributes pharmaceuticals and critical materials. 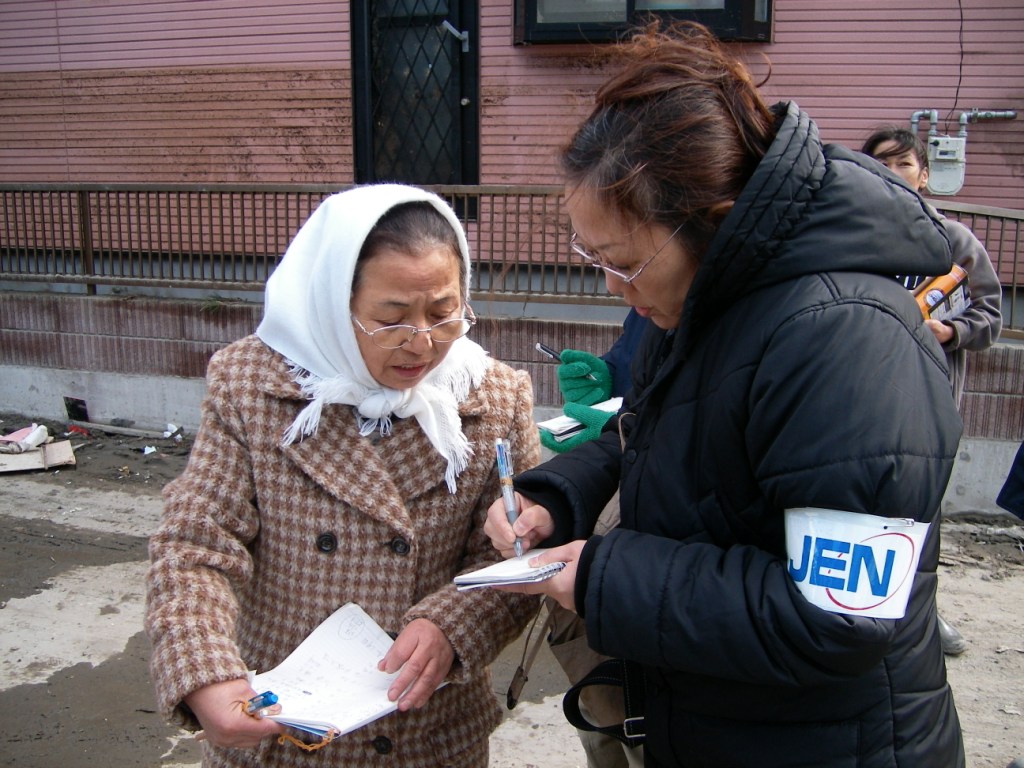 JEN is an international organization conducting assistance for refugees and internal displaced persons. As an emergency relief organization, it has been delivering supplies and preparing/distributing meals in Sendai City, Miyagi Prefecture and Iwaki City, Fukushima Prefecture. JEN plans to implement medium-to-long term support including ‘mental care’ in the areas that are left behind despite their extensive damages (Minami Sanriku-Cho and Ishimaki City in Miyagi Prefecture). 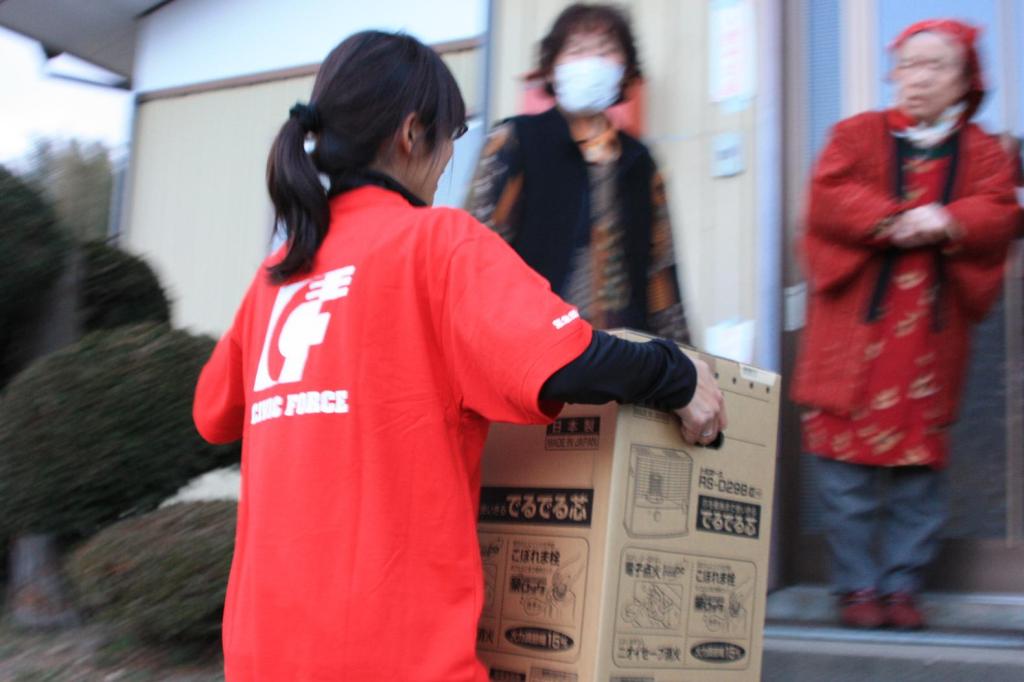 Civic Force facilitates coordination among non-governmental organizations, businesses, government agencies and administrative bodies to provide effective assistance in case of a large scale domestic disaster. It has been operating mostly in Minami Sanriku-Cho, Miyagi Prefecture. It has collected and delivered more than 100 tons of relief supplies, and has dispatched materials and carpenters to set up baths. 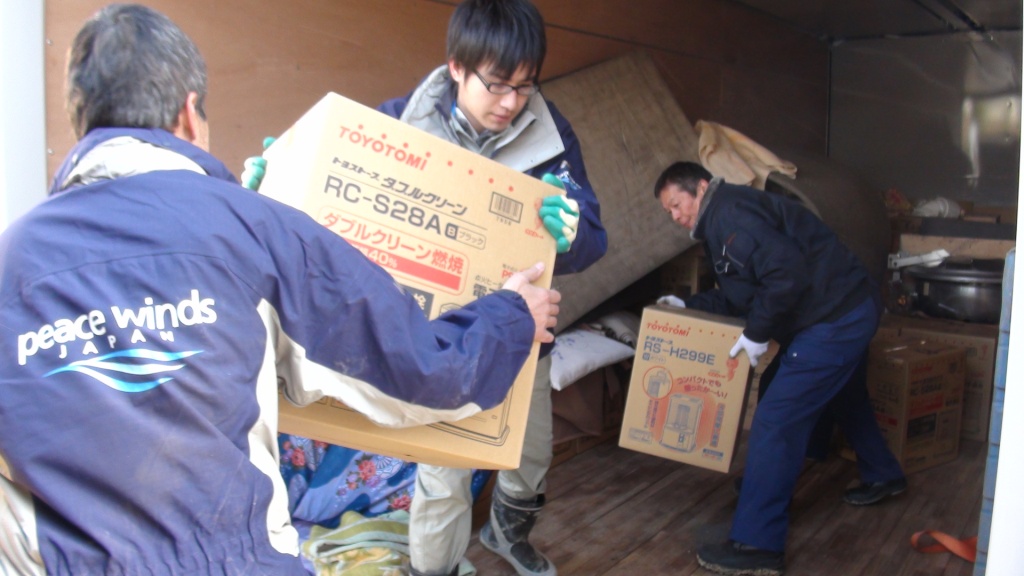 PWJ conducts emergency relief activities around the globe. It has delivered emergency relief supplies to Kesennuma City and Minami Sanriku-Cho in Miyagi Prefecture, Rikuzen Takada City and Ofunato City in Iwate Prefecture. PWJ will continue to procure, transport and deliver food with urgent needs and supplies including sanitary goods to the survivors living in shelters.

In collaboration with Rhythmedia Inc., HOPE FOR JAPAN has delivered the following relief items to support the people in the disaster-stricken areas.

MISIA has released a message song titled “Toward Tomorrow”, which has been written by her to encourage the recovery and reconstruction of the areas stricken by the Great East Japan Earthquake.

The song has been recorded during her live concert at Tokyo NHK Hall. It will be released through a limited distribution on April 27, 2011, using the sound source recorded at her live concert. Part of the sales will be donated to mudef and will be used to support the people in disaster-stricken areas through HOPE FOR JAPAN.

Under this same sky, let’s move ahead together “toward tomorrow”

【sending out messages】 Messages sent to HOPE FOR JAPAN

Many artists have expressed their support for HOPE FOR JAPAN and have sent their messages to the initiative.(without titles, listed in the order of the message received).

Messages can be found on HOPE FOR JAPAN website.

【sending out messages】 Messages from around the world

HOPE FOR JAPAN has been calling on people around the world to send their messages for the survivors in the disaster-stricken areas. So far, we have received so many messages from 15 countries and regions. There are messages from Ukrainian people who have experienced the Chernobyl accident. Messages can be found in HOPE FOR JAPAN website. 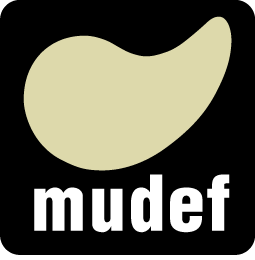 This press release can be quoted without permission.  Copyright(C) General Incorporated Foundation mudef